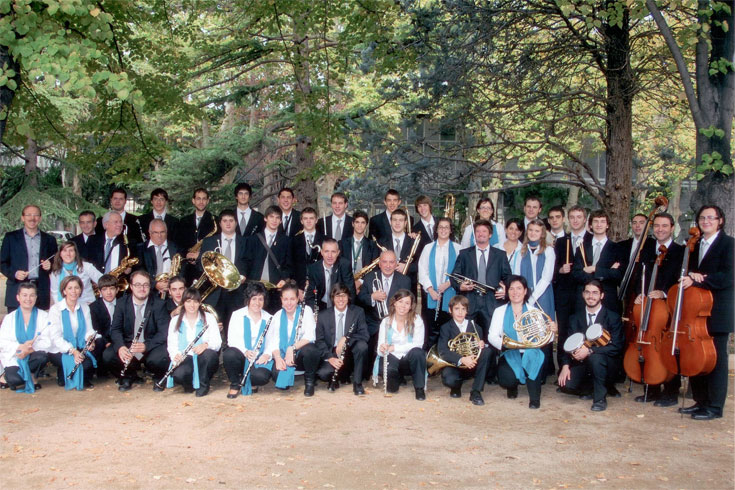 Banda Municipal de Lleida is a Fanfare orchestra from the city of Lleida (Catalonia).  Founded in 1914 and refounded in 1996 under the direction of Mr. Amadeu Urrea Pérez, who still conducts the band.

The Band has recorded two CDs, the first one being Música i músics de Lleida which summarizes the intense activity of our band and the project for recovering lost scores for band and the projection of young soloists. In 2007 the band recorded Fem 10 years to celebrate our 10th anniversary.

The band has been a host in the International Music Festival in Matadepera (Spain), International “Certamen de Bandas” in Valencia and in several exchanges in France, Germany and Portugal. (Vilanova de Gaia, Foix, etc.)

In 2007, the band took part in the Mid Europe Festival in Schladming (Austria). The following year the band was both a guest at the 1st Band Festival in Foix (France) and in the Jüngfrau Music Festival in Interlaken (Switzerland) where we were awarded a 3rd place overall. In 2009, we were selected to perform at the WMC (World Music Contest) in Kerkrade, The Netherlands. 2010 and 2011 say the band perform in the 13th Youth Band Festival in Echedoros-Sindos (Thessaloniki, Greece) and the International Band Festival in Kos (Greece).

The band has been invited to the International Festival of Florence (Italy); Youth Band Festival Aberdeen (Scotland); International Music in Genoa (Italy); Art Festival in Prague (Czech Republic) and The Provençal Festival (France).