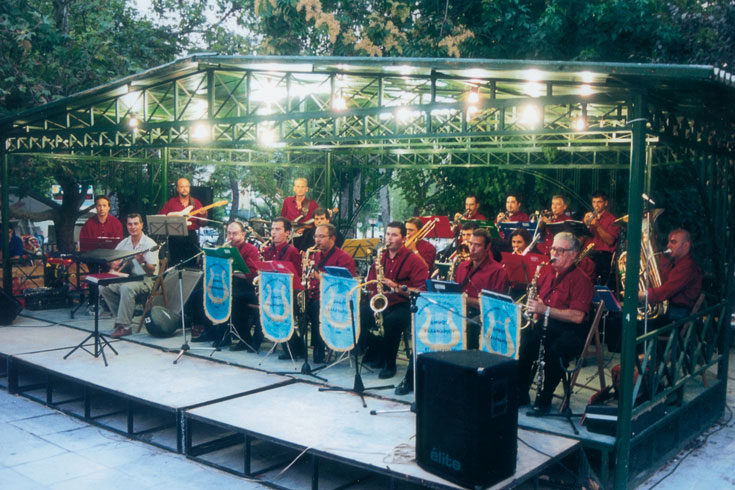 Big Band of the Municipality of Chalandri was founded in 1997 by members of the Municipal Band; its repertoire consists of Jazz – Latin classics and works by Greek composers. It has 20 members. It has taken part in many festivals of philharmonic orchestras throughout the country as well as in the first panhellenic competition organized by the Y.M.C. under the auspices of the Ministry of Culture, at Palace theatre in 27th June 1999, gaining the 1st band and orchestra award.It has given concerts in various artistic events in Greek cities such as, Preveza, Andros, Corinth, Ikaria, Libadeia etc. It has also participated in television and radio programmes and in international festivals like the Marble Festival of Aragelovs in the former Yugoslavia.

Since 1997 conductor of the band is Giorgos Kalaitzis.