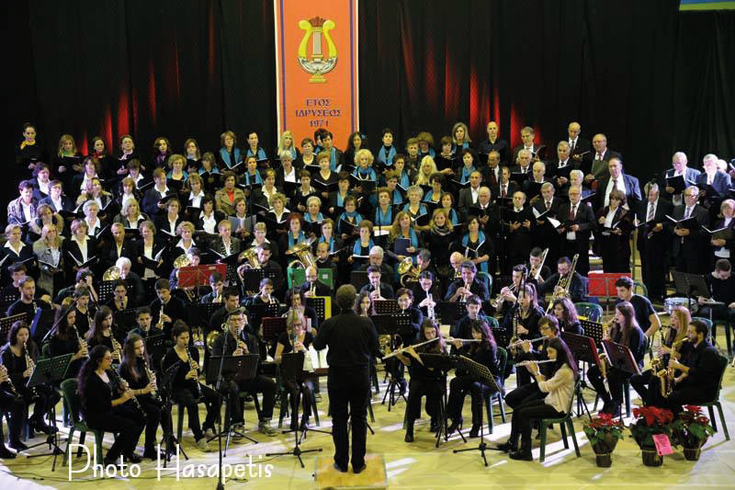 The long lasting cooperation and friendship between the particular Wind Orchestras, reinforced through common:

motivated the creation of a mixed ensemble, comprised by a selection of their members and to create the Division of Municipal Wind Orchestras of Eginio, Makrygialos, Doxato, Kalamaria and Pella.

Each one of the above mentioned ensembles, beside the significant educational role and their contribution to the community they are bonded, consist a considerable medium of artistic expression.

They perform in an abundance of concerts to nearby or distant places, a variety of repertoire that an amateur, mostly youth wind orchestra has to perform, like:

Hence, musicians from different locations of Macedonia, Pieria (Eginio and Makrygialos founded 1971 and 2000), Drama (Doxato, one of the senior wind orchestras in the country, est. in 1874), Thessaloniki (Kalamaria est. 1983) and Pella, the youngest, only four years old, will share the stage, presenting a repertoire consisted of ethnic pieces from the greater area, orchestrated by a variety of perspectives.

The tutors and directors of the particular orchestras are: Olympia Xanthopoulou, Athanasios Paschalis and Ioannis Koukas.