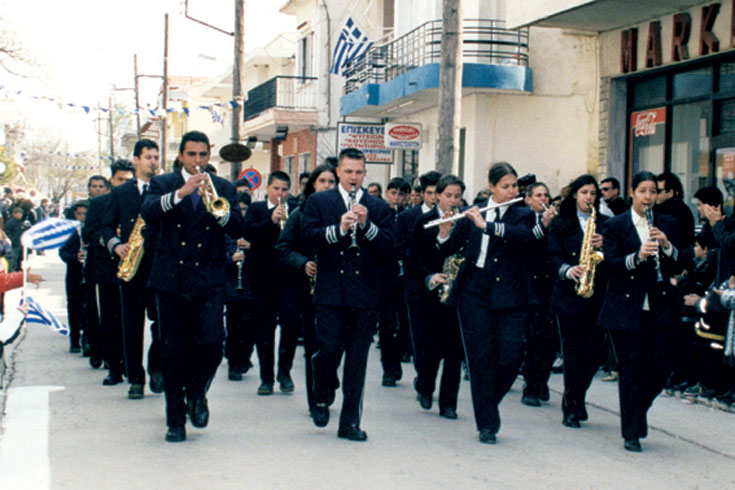 Ionia Marching Band was founded in 1988. It is part of the Cultural Organization of Echedoros Municipality. Since then and until today, it participates to all religious and national festivities within Echedoros boundaries as well as in the greater region. The core of the music department is formed by almost 40 members. In the course of the department’s life more than 200 young students have taken their first steps in music in its classes.

The band appeared in many towns of Greece. Since 2006 the lead – musician Yiannis Zografidis is the instructor and director of the band.