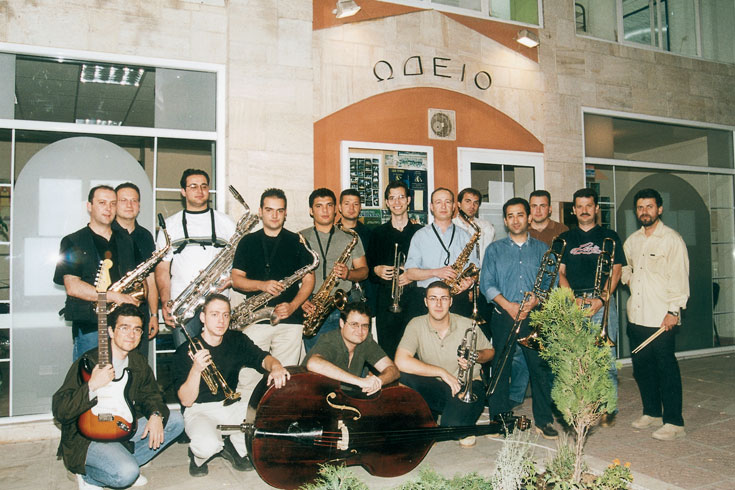 Magic Road Big Band of Toumba conservatoire “K. Matsigou” is a unique jazz scheme of wind instruments, which consists of 19 members. It was founded in February 2001.Its founder is the visionary saxophone player and teacher at the conservatoire, Xenophon Avramoglou. The band embarked on its career ambitiously on 21st July 2001 at the Jazz on the Hill Sani Festival, where it was the support group at the concert of the internationally acclaimed Jazz trumpet player Freddie Hubbard.In October 12th it made its appearance in Thessaloniki, within the frames of Dimitria festival.In December 9th took part to the Christmas festival, organized by the 1st Municipal Department.In December 30th, as well, performed at the Megaron Mousikis, in the festivities organized by the Ministry of Culture to honour the Greeks abroad.Magic Road Big Band is the only Jazz band in Northern Greece made up by distinguished musicians, a few of who are also teachers of Toumba conservatoire “K. Matsigou”.

Director of the band is Vasilis Petrou.