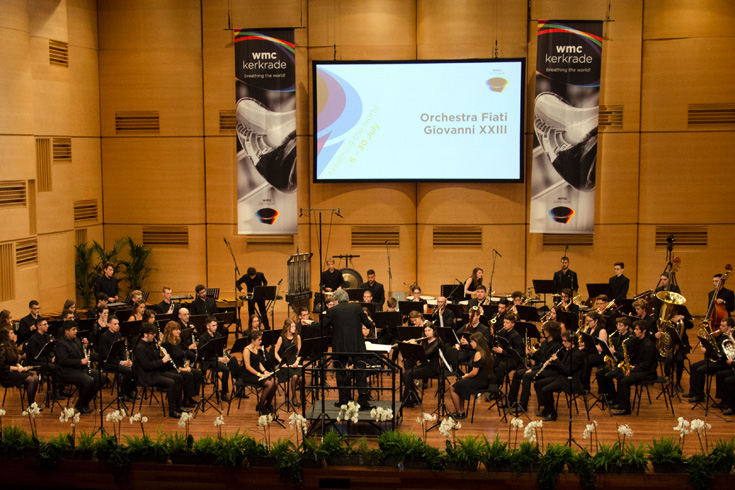 The wind orchestra Giovanni XXIII was founded by the maestro Antonio Zizzamia as a project that involved the city of Pianezza, the secondary school “Giovanni XXIII” and Unecon association; the activity aims at making youths familiar with band music, offering them to learn playing a wind instrument.

Since the initial 10 members under the baton of maestro Zizzamia in 2008, the orchestra counts currently about 50 members aged between 12 and 20 years old.