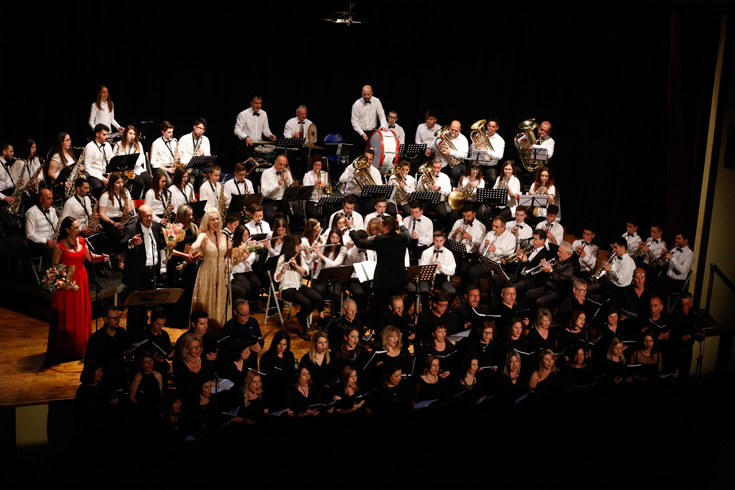 The Philharmonic Orchestra of the Municipality of Elassona was founded in 1963 with the aim of developing music education in the city of Elassona and in the wider area. The first teacher was the unforgettable George Vassiliou, who served the position of conductor for two years.

From 1965 to 1980, the conductor and the regenerator of the Philharmonic was the unforgettable Giannis Tsanakas. In addition to the Philharmonic’s rebirth, he has been able to showcase many talents of young students. They later made a career in music throughout Greece.

At times, Lazaros Lekkas, Nikos Markalas, Christos Balanikas, Anastasios Poulios have been conductors in the Philharmonic.

From 1999 until today Dimitris Tsiaves has been the director of the Philarmonic. Dimitris Tsiaves managed to upgrade the Philharmonic both in number of performers and in repertoire. The Philharmonic Orchestra of the Municipality of Elassona consists of students, amateur musicians, who with their love and passion for music, give their own stance on the cultural events of the city and the wider area.

It is worth mentioning that the philarmonic has performed at festivals abroad as well as at Philharmonic meetings in Greece such as Athens, Thessaloniki, Larissa, Serres, Kos, Karpenissi, Ptolemais etc. We should also emphasize the contribution to the Elassona area, as they appear in the National Anniversaries, as well as in the concerts they organize several times a year, changing the face of the city.

Finally, the Philharmonic’s collaborations with:

The orchestra is led by conductor Dimitris Tsiaves.