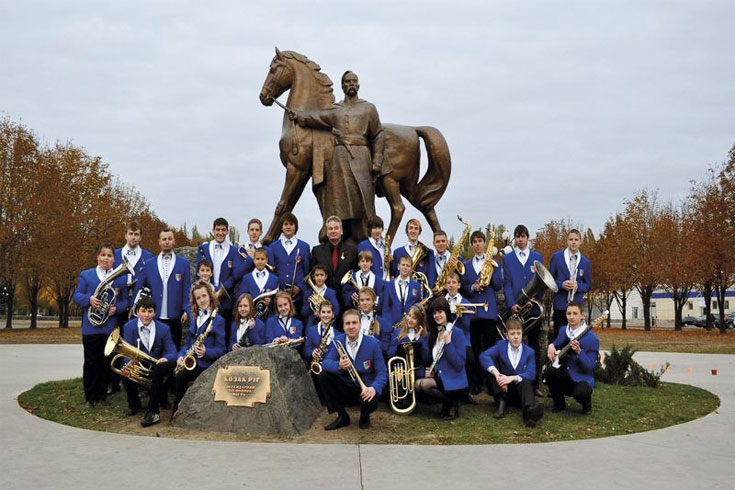 Exemplary Children’s Brass Band “Portrait” behalf V. Demina of school artistic educational establishment is “Krivoy Rog city musical school Number 4” was founded in 1963. From 1992 Leader of the band is Oleg Kaliuzhnyi – a teacher on the class of wind instruments. In 2004 the Band received the title “Exemplary”.

The repertoire includes classic and pop music, processing of folk and modern melodies, vocal and instrumental works, escorted by an orchestra.

Since 2010, the Brass Band “Portrait” took active participation in the International, All-Ukrainian and regional Competitions and Festivals. In which permanently occupied the First places.

The Brass Band “Portrait” conducts a full and active work concerning the propaganda of the brass music among chidren and young people. It accepts active participation in different cultural anniversary dates. In 2010 and 2013 the orchestra took part in VIdeo shooting at the First National Channel of Ukraine in the program “Folk Music” in Kyiv.

Conductor of the orchestra is Oleg Kaliuzhni.