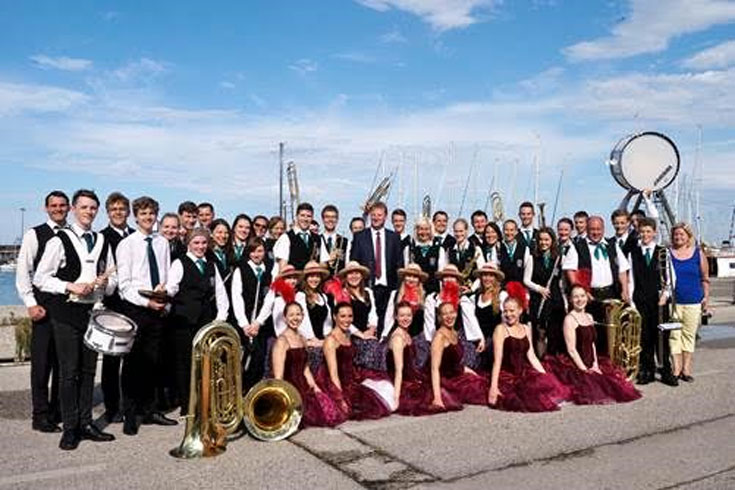 Between 1969 and 1990, the band was led by its founder and Chief Conductor Hermanis Eglitis. The band has had its dance group since 1987. Janis Purins conducted the orchestra between 1990 and 1992, but Maris Martinsons assumed the role of Artistic Director in 1992. Dainis Cimermanis has been working as the Second Conductor of the band since 2003. Gita Udre assumed leadership of the dance group in 1994.

The orchestra aims to grow, develop and strive for the highest results in competitions in Latvia and abroad by performing high quality music to its audiences and creating an attractive creative environment.

The members of SPO are lively, cheerful and enthusiastic. They include students and young people from various universities in Latvia, as well as veterans who have kept the spirit of students.

Every year, SPO takes part in various celebrations, festivals, parades and events hosted by the state and the local authorities. The band has received awards from various international competitions in:

SPO has made several recordings at the Latvian Radio and Latvian Television, including two vinyl records and a CD released in 2008.

The band plays a wide range of compositions from traditional marches and medleys of student songs to classical arrangements, as well as originals by composers from Latvia and abroad. The repertoire is selected for each concert specifically. Originals by European composers and arrangements of baroque and classical music are generally featured in large concerts and competitions, while arrangements of jazz, popular and other genres of light music are mainly played at street concerts. Pieces by Latvian composers and folk music, enhanced by Gita Udre’s dance group, have become especially popular.