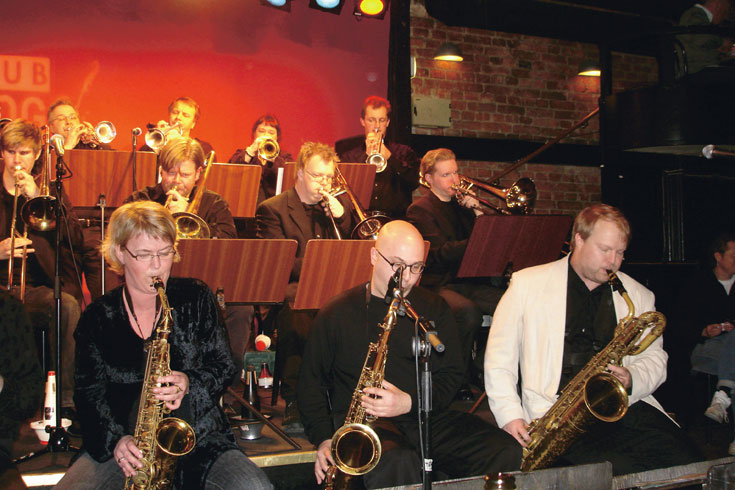 Big Band Soulna, Sweden is the top of the elite orchestra at the Solna Shool of Performing Arts. Soulna Big Band plays Soul, Funk, Rock and Swing. We play both concert and dance music. Our youngest member is 15 years old and the oldest is 58. Most players are in their 20’s.

Our programme for the festival is a good mix of traditional Big Band music and Soul, Funk and Rock. During the last years we have played concerts at the two main jazz scenes in Stockholm Club Fasching and Nalen.

Conductor Mr. Anders Ramsell teaches clarinet, saxophone, ensemble and improvisation at the Soulna School of Performing Arts. He also plays with Jazz bands. He has been the leader of Soulna Big Band since 1996.