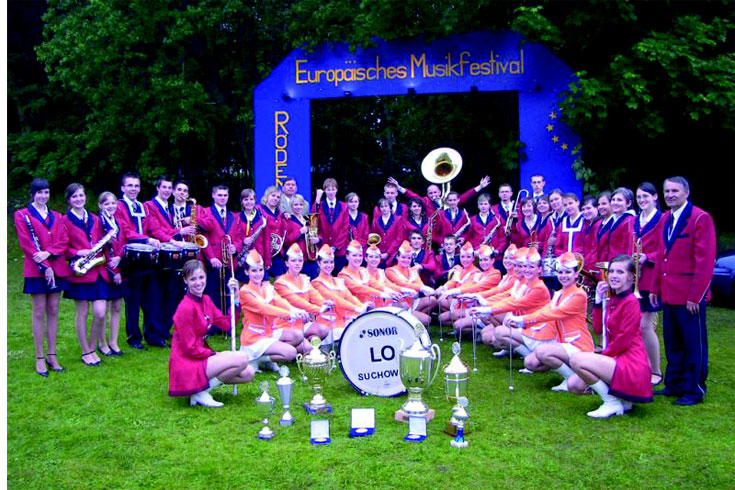 The Youth Brass band of Suchowola’s Secondary School, has completed 50 years of active educational and artistic presence. Performing a diverse repertoire both in Poland and abroad, the orchestra achieved accomplishments and rewards in numerous national and international competitions. The most significant among them are:

In 2006 and 2007 the orchestra has participated in the 9th and 10th “International Youth Band Festival“ of Sindos (Greece) and in 2008 the orchestra performed in Mazamet and Bessines (France).

Since 1974, the conductor of the orchestra is Jerzy Zdanewicz.