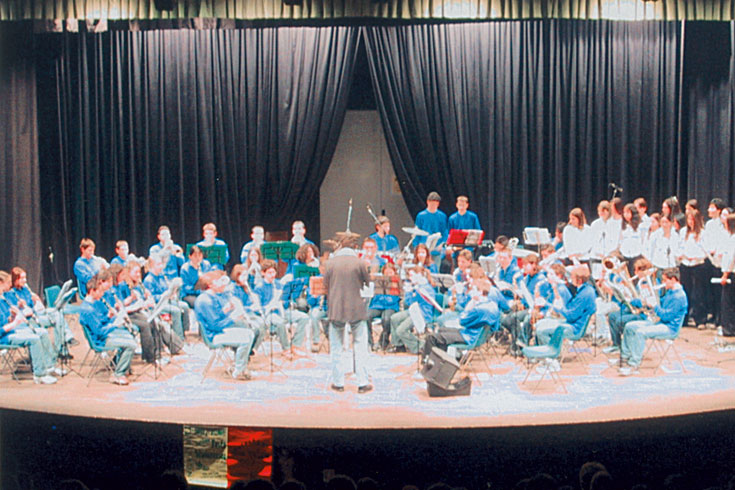 The “Banda Musicale” is part of the cultural project of the High School “Istituto di Istruzione” in Tione di Trento (North of Italy). It was founded in 1992. Since then it has taken part successfully in various and significant events in Italy: And abroad The main body of the “Banda Musicale” is composed by almost 50 young musicians between 15 and 20 years old, but the number changes every year.Most of them play in other bands of the area. But they see in the “Banda Musicale” the natural outlet of their musical ambitions and of their hard work.The programme for the festival is a mix of classical music, rock music, traditional band music and soundtracks from movies.

The conductor of the “Banda Musicale” is Franco Puliafito.