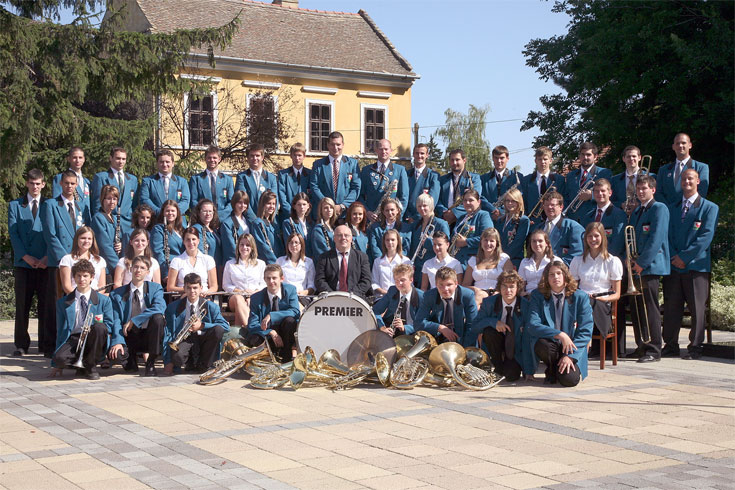 The 60 membered TOTKOMLOS Youth Wind Symphonic Band, founded in 1969. The combination of the direction’s high quality standards, the hard work of the talented musicians and the beneficial financial assistance (since 1987) from the “Research & Production” branch of the Hungarian Oil Company (MOL), conducted the band to achieve the highest appreciations that a youth band can get by the Cultural Institutions in Hungary (the “International Festival Band” & “The Honourable Artistic Group” ) and to win many national and international youth wind orchestras contests such as: