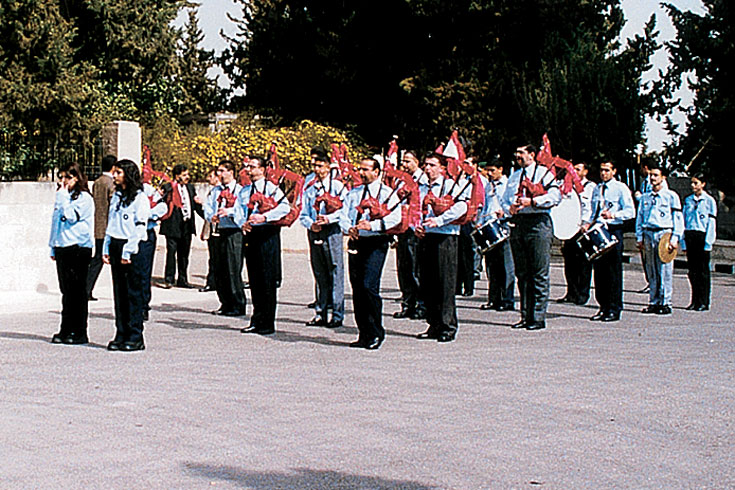 Since its early beginning, the band has been trained and instructed by highly professional musicians from the Jordanian Armed Forces Musical Band.

The band consists of 50 members of chosen musicians in percussion and wind instruments. Its repertoire covers Jordanian musical folklore and national music.