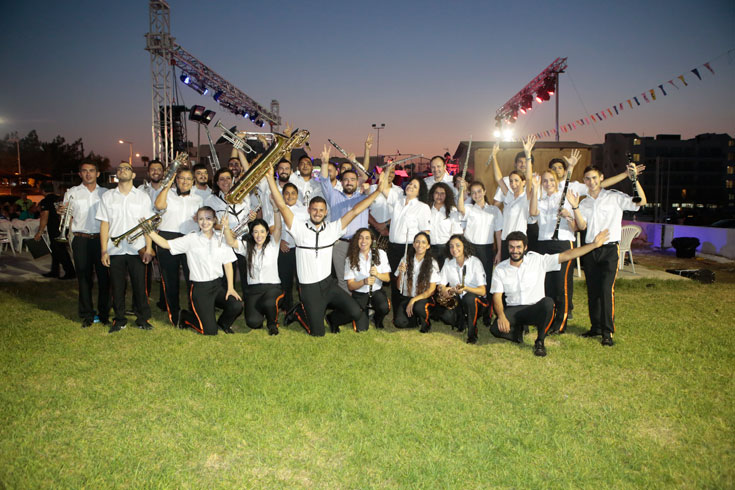 The symphonic band “Armonia” of Paralimni Municipality was funded on the 1st of November 1998. The intention was:

The first official performance of the symphonic band “Armonia” of Paralimni Municipality was held in Paralimni for the celebration of the national day of 28th October in 1999, under the conductor Yiannis Bravos.

The band has participated in concerts all over Cyprus, as well as Greece, presenting a varied selection of symphonic, light jazz and Greek music:

In addition to its participation in various events abroad, in 2005 the band organized the 1st Philharmonic Band Festival in Paralimni. The festival hosted the participation of bands from both Cyprus and Greece.

Since January of 2013, the band has officially become an independent body as a non-profit organization. The new conductor is Demetris Markoullis.

In 2015, the first Protaras Wind Youth band Festival, PWF2015, is organized by the band, under the institution “Paralimnia” of Paralimni Municipality, which hosts a variety of cultural events in the touristic area Protaras.

Protaras Wind Youth Band Festival 2017, PFW2017, is organized for the third successive year. It continues to provide the opportunity for different bands to connect under the different kinds of music each organization has to offer.