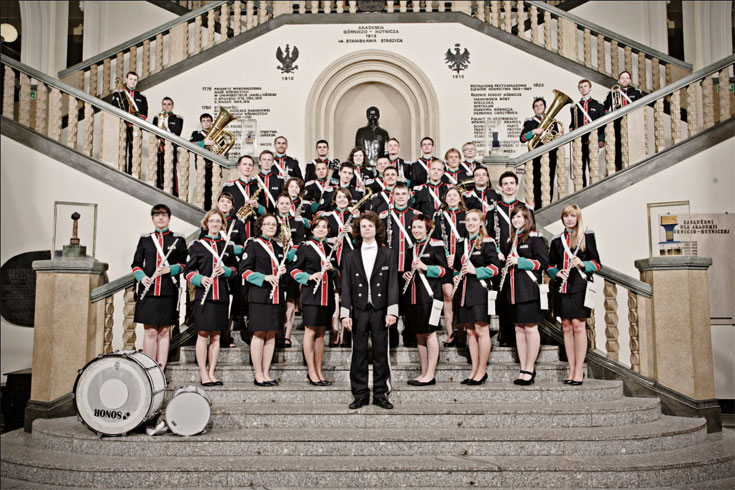 AGH – UST University Orchestra Cracow is a group of 45 students who play a various music styles, such as well-known jazz standards, swing, latin, pop and even rock pieces arranged for brass band.

Orchestra plays vital role in the culture of the university. The group regularly performs at the official celebrations of its Alma Mater:

and many other official festivities, like the Miner’s Day “Barborka” and the Steelworker’s Day – many of which are of great importance not only for the University but for the entire region. Brass Band participates in the most important cultural and educational events in Cracow; it plays in various music clubs and leads the yearly student parade to the Main Market during Juwenalia (Students’ Days).

ORAGH achieved a considerable success and won a lot of awards at different festivals organized for wind orchestras both in Poland and abroad.

Brass band stays committed to its roots, however with its primary focus on adding splendor to official events at the University.

Participation in the orchestra is extracurricular. Students commit many hours to rehearsal above and beyond the time required for academic coursework.

The society's aim was, and remains, to promote the unique music and musicianship enjoyed in a traditional brass band. This has been well achieved, and the band enjoys a good reputation in the university and local community.

Brass Band has gained the hearts of Cracow students and other enthusiasts of popular music.