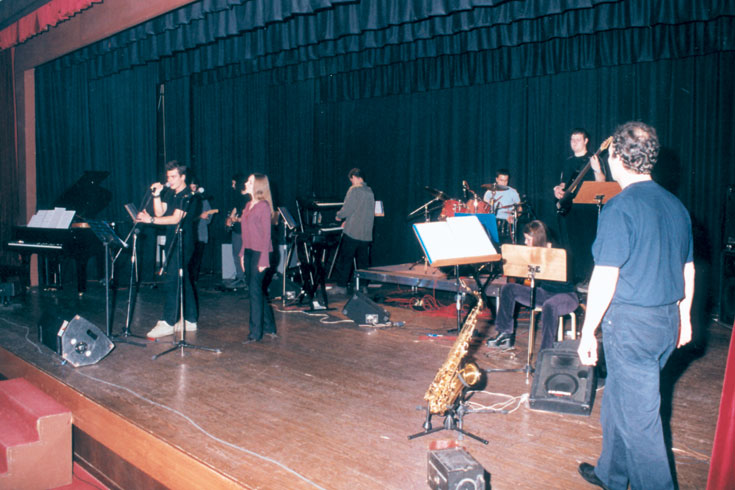 It was December of 1994 when under the Shelter of Letters and Arts auspices, a new music group was born. A small, not by the number of its members but by their age average, Band of Contemporary Music Da Capo.

Antonios Vigato was the man who initiated this effort.

Their first appearance took place in the annual ball of the Municipal Administration of Culture of Veria, in Elia, on 17th February 1995. In this concert they played contemporary music. Two weeks later they provided the incidental music, Jazz this time, for the theatre performance “Behind the Keyhole”. This was a production of the Municipal Peripheral Theatre of Veria. Later they participated in the 3rd meeting of music bands and choirs in Sykies of Thessaloniki.

As part of the festivities of Imathiotika 1995, they gave many rock music concerts in the town’s pedestrian zones. On 28th December 1996 the band appeared, with great success, at the Cultural Center of Kozani, where they interpreted songs from the 60s and 70s. Apart from Veria the orchestra has appeared in many other towns of Northern Greece.

Finally it should be noted that though its members are young amateurs in all their performances they reached the standard of professional expertise and presentation. The band is now part of the municipal Administration of Culture of Veria.