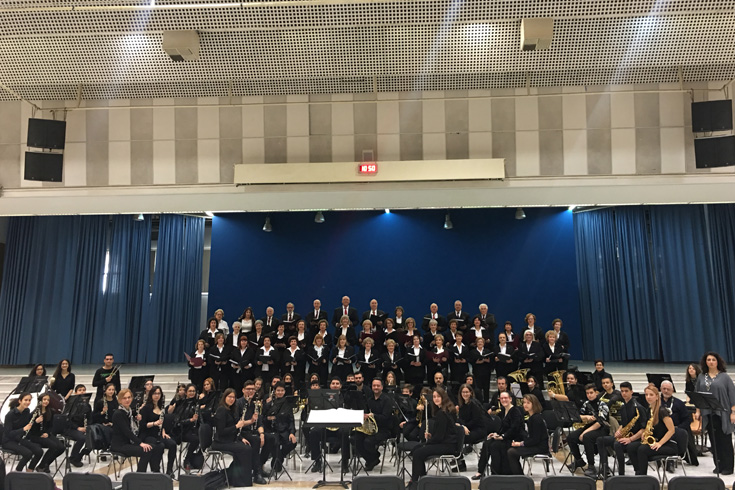 Kalamaria Municipal Wind Orchestra is going through its thirty sixth year of intense and creative “march” and we may say that it consists the institutionalized expression of the citizens’ love for music. The ensemble established in 1983, to cover the breakup of the “Aristotle” Foundation Wind Orchestra. Under the direction of the enlightened teachers Kostas Samsarelos and George Sidiropoulos and the endless support of the Kalamaria Municipality, very soon the band became a numerous and esteemed music ensemble, presenting more than 40 national – religious processions and concerts annually.

Ensemble’s most notable appearances were its three performances in: