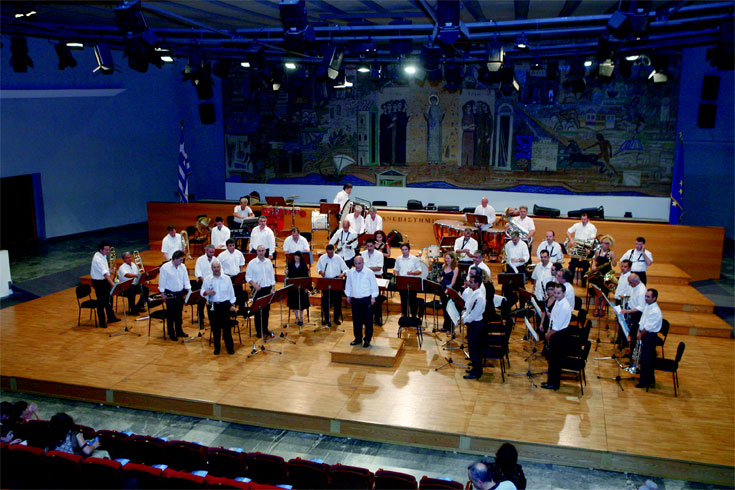 The Municipal Wind Orchestra of Thessaloniki founded in 1936 and performed for the first time in 1937, under the direction of Panagopoulos and later Emmanouil Ekaterini. During the first years, the appearances were mainly outdoors in national parades and religious proccesions, yet after 1954, the orchestra directed by G. Floros begun giving indoor concerts.

After 1965, the repertoire enriched even more by the conductor Nikolaos Astrinidis. In cooperation with the string session of the State Symphony Orhestra, the municipal choir and soloists from Greece and abroad, performed complete operas in the famous annual international cultural event of Thessaloniki “Demetria” in which has constant presence.

The orchestra participates in a vast number of various local events like:

In 2005 participated in the 1st International Festival for Wind Orchestras in Corfu.