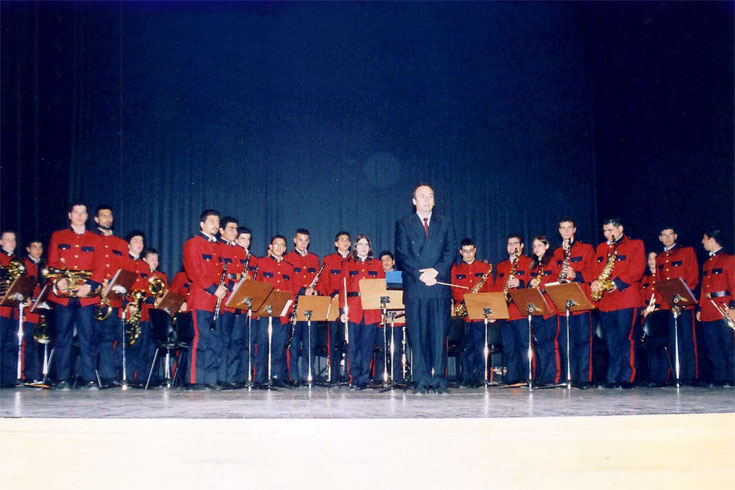 The Municipal Concert Band of Veria was founded in 1958. In 1989 the band became a part of the Municipal Administration of Culture. Since then it participated in many activities both in Veria and in many other places.

In December 1999 it gave two open-air concerts in the town of Veria with Christmas carols. The band was one of the main contributors to the celebrities for the Millennium. In January 2000 the band participated in the 1st festival of philharmonic orchestras in Pilea, where it received excellent reviews and an honorary distinction. In August 2001 took part in the International Youth Band Festival of Echedoros. In May 2002 in the Pan Hellenic Meeting of Philharmonics in Thessaloniki. In July 2002 appeared in the theatrical production of Veria’s Municipal and Regional Theater of Aristophanes’ play “Acharnians”, with performances held in the Municipal theater of Veria and at the theater of Herodes Atticus in Athens.

The members of the band are not professional musicians, but young trainees, who wish to acquire music knowledge by contributing to the cultural activities of their hometown.

<h5>Mr. Antonis Vigato is the conductor of the Municipal Concert Band of Veria.</h5>